One of the first mushrooms that I went hunting for was the Morel Mushroom. Eight years ago, I had some leased land in Ohio and two Amish brothers that I knew offered to show me how to find them. They had been picking morels for more than 20 years, so they made it look easy. We looked on a south facing hillside, under partially dead elm trees. They showed me how to identify elm trees without their leaves which is an important skill to have during morel season.

Identifying trees is critical for success in all seasons actually, since many mushrooms are symbiotic with or associated with particular trees.

Below are a few of the morel mushrooms that we found amongst the multiflora rose bushes. The variety of morel is the American yellow morel – Morchella esculentoides/americana. 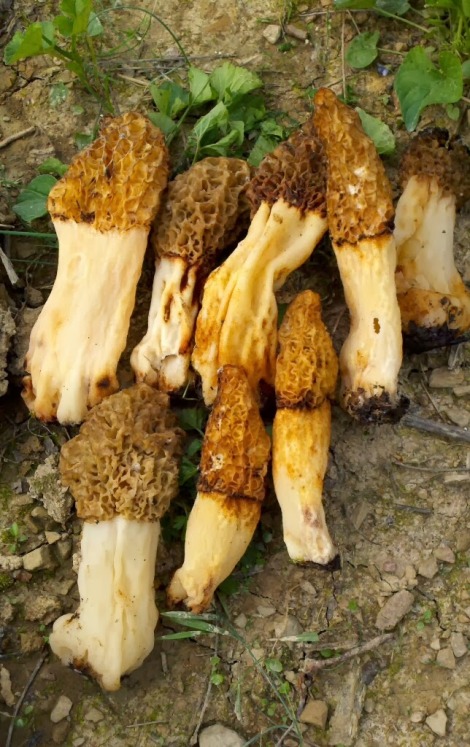 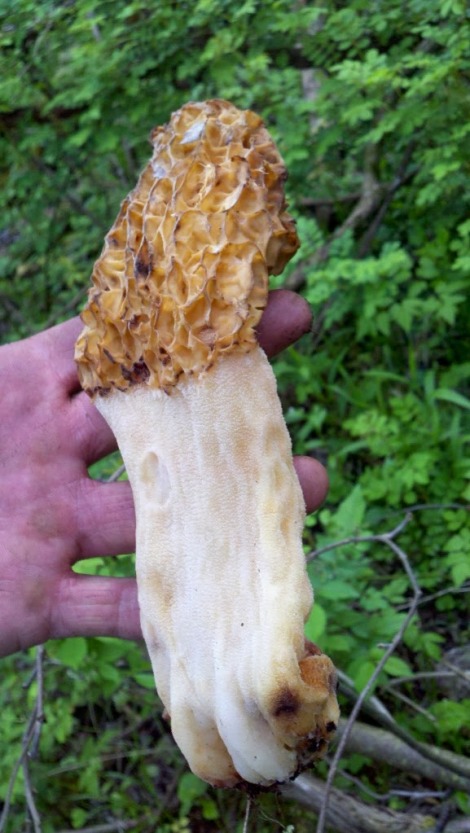 Here are some additional yellow morels that I have found over the past few years, mostly under Elm, Apple and Tulip Poplar trees. 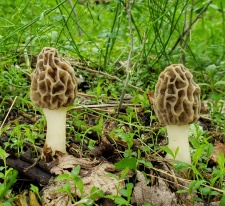 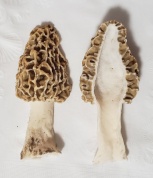 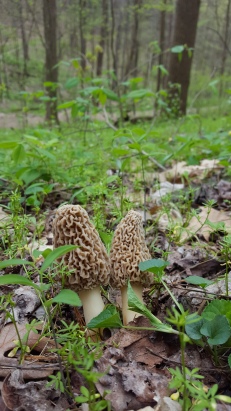 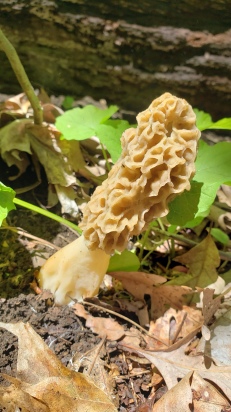 I found these Morchella angusticeps in Pennsylvania under shagbark hickory trees. 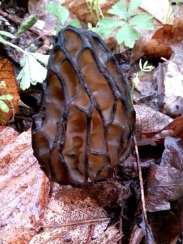 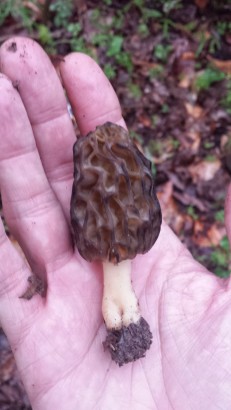 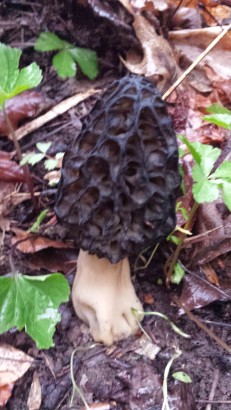 Another variety is called a “Half-Free” since the cap edges are not fused to the stem like the yellow morels. The cap is attached underneath with the edges hanging free. The scientific name for this North American species is Morchella punctipes. 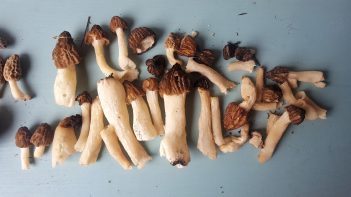 I found the fourth species last year for the first time. This species is called Morchella diminutiva. 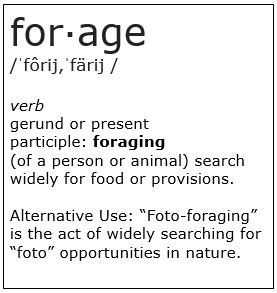 * Disclaimer: I am a photographer, not a trained mycologist or scientist. I do not make any warranties as to the safety of consuming any wild foods and accept no liability or responsibility for any consequences resulting from the use of or reliance upon the information contained herein, nor for any health problems, consequences or symptoms which may arise from contact with or the ingestion of fungi, mushrooms, fungi spores or any plant herein described. Any person who ingests plants, mushrooms or any other potentially dangerous fungi, or puts themselves into direct or indirect contact with it for any reason, does so at their own risk. If you have any doubts whatsoever about your identification of a wild plant or mushroom, don't eat it! There are many edible species of plants and mushrooms but there are also many toxic species as well. Some toxic mushrooms closely resemble edible mushrooms and can be fatal if ingested, even in small quantities. "When in doubt, throw it out" is an important phrase to remember.
%d bloggers like this: